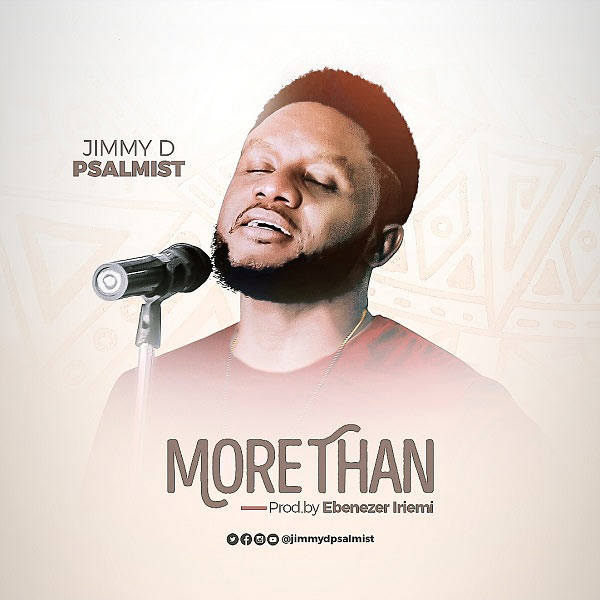 Followed by his recent enchanting tune, “I Need You”; “More Than” is another soul-lifting worship masterpiece by the ‘Indomitable’ crooner.

According to Jimmy D Psalmist: There’s absolutely no word formed by man that can best describe God’s personality. We are limited and we only know to the extent that is revealed. If there’s a word bigger than what we have used before we certainly will run to it.

It doesn’t matter what you call HIM, how you see HIM or who you think HE is to you. I submit to you that HE is far MORE THAN that — Jimmy D Psalmist

“More Than” is produced by Ebenezer Iriemi for Riems Studio and has its visuals directed by Abraham Daniel for Light Cinema.